This morning I began my journey to Osaka from Heathrow. My friend Dani was by my side. For me this would be the first World Parkinson’s Congress I had attended and was the first time I would meet most of my travel buddies.
Vicki had arrived at Heathrow bright and early and was waiting for our arrival at terminal 5. Although I had spoken to Vicki for over 7 years we had never met in person. What a joy! Her bubbly personality was just as I imagined she welcomed me with a huge embrace. We clicked like old friends do, strange when you are meeting someone for the first time.
Gaynor arrived with goodie bags for the girls with everything from eye masks, to sweets, to parkie girl jumper!

The rest of the gang had arrived and we were held together by the most amazing Helen Mathews our very own Sherpa!

Wow now I know what no sleep really feels like! We arrived at the hotel about lunch time. The rooms were not ready so we went on a little explore.
Jordan, Rachel, Vicki and I went to see out local surroundings.

We returned to our hotel to unpack

The rooms were compact with all you could need for a comfortable stay. Pjs, slippers and the most amazing smelling toiletries. 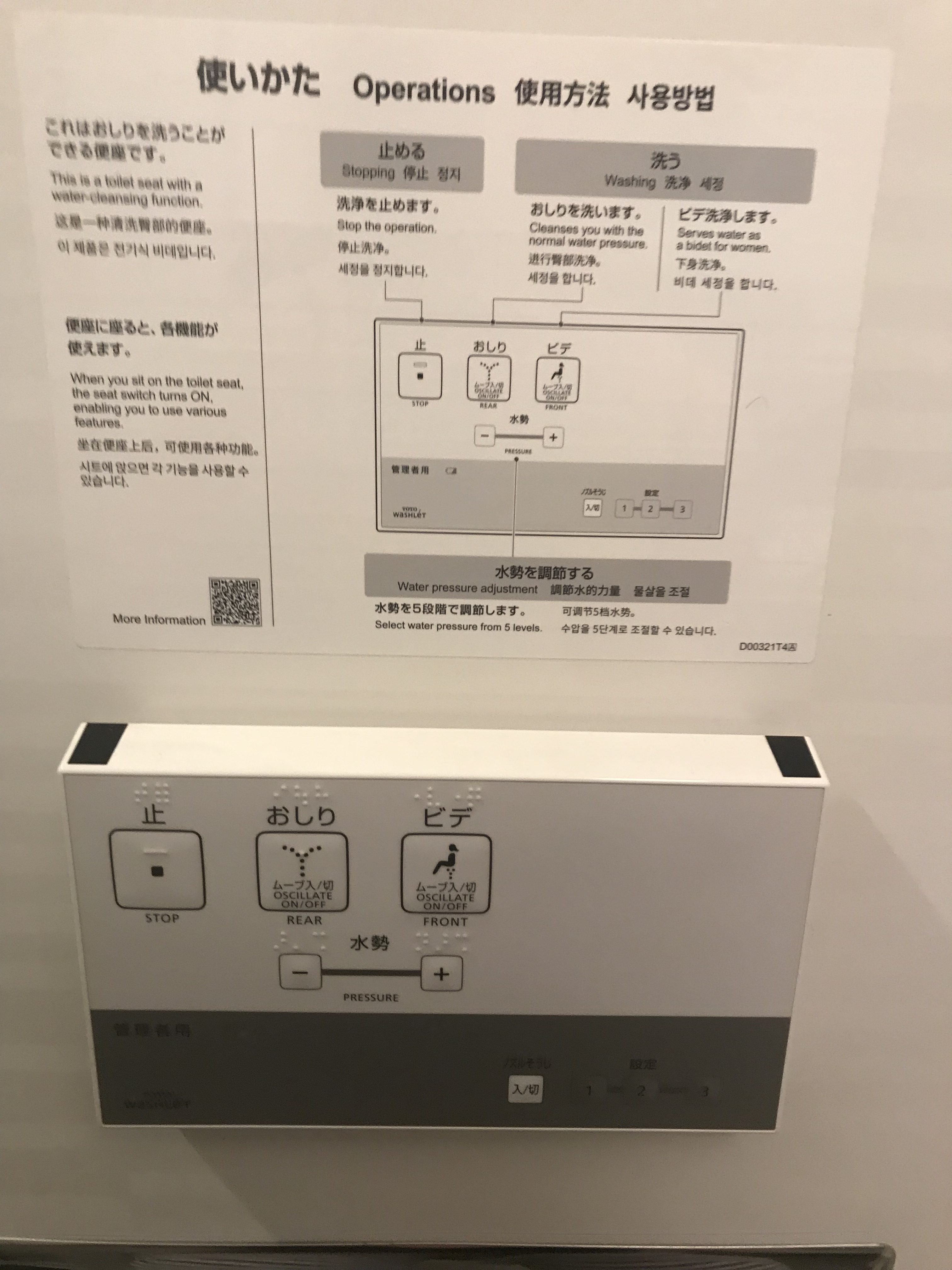 Then there was the toilets….
With a multi functioning systems approach I have never seen anything like it!

I will leave you to explore the images to appreciate just what the toilet could do for you! 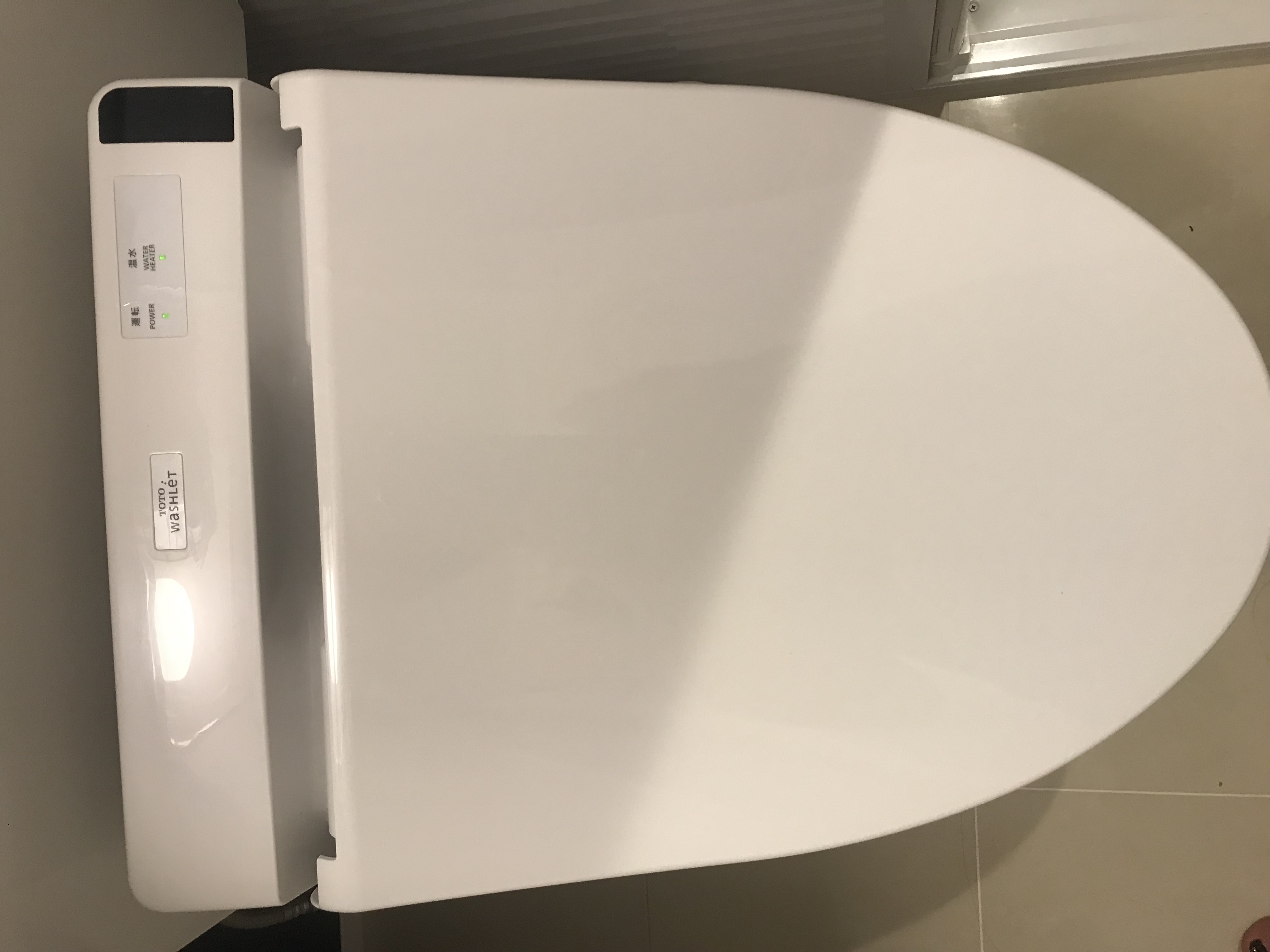 We all met in the evening for dinner and to discuss our plans to fit some sight seeing in tomorrow on the only free day before the conference started. I felt some really good friendships were starting to emerge.

Dinner was an experience, with the gas stove for preparing our food brought to the table. This was lit and a pan of broth with veg and potatoes was left simmering until the whole chicken carcass arrived! The waiter brought noodles and condiments to add to the broth, also a large pair of scissors to cut the chicken in a way that can only be described as Edward scissor hands! I’ve never laughed so much
Tomorrow we will go on a bit of sight seeing.

We met at 8am to go on what can only be described as one of the best days of my Kyoto trip. Phil had it all under control our newly appointed tour guide. Phil’s tours….
We would visit the imperial palace. We traveled by tube and after purchasing our all day pass for 600 Yen we were on way.

The palace was 2 stops via tube. The tube system was effective and efficient. With some very cheery music that would play to give warning the tube was arriving. Orderly lines would form as travellers waited to embark on the transport system. This way of travel was very easy and very cost effective.

We arrived at the imperial palace. It was beautiful. It was free to explore the grounds and palace. The pictures don’t do it justice.

We walked for miles. Laughing and joking on the way. I had started to build some amazing relationships with some amazing people. This evening we would attend the opening Ceremony of the World Parkinson’s Congress.

The lecture hall was huge with a very futuristic feel about it. I was sat between Jordan and Vicki. The speakers arrived on stage to huge applause. With the audience buzzing and the feeling of warmth overflowing from the crowds. Next Lyndsey Isaacs would talk. Lyndsey was Tom Issac’s wife. Tom was the founder of the Cure Parkinson Tryst. Tom was described to me as a strong and motivated man who disputes his battles with Parkinson’s disease he remained upbeat and positive in his quest to find a cure. The picture my friends created about this amazing man who I never had the opportunity to meet was that of charisma, comedy and determination to improve research and to find the holy grail- THE CURE.

Lyndsey spoke the room fell silent. She described her husband with such warmth and love. My friends on either side began to cry. Tears for the loss for Tom but also tears of hope for a future where his legacy would live on through the Cure Parkinson’s Trust. Jordan to my left sobbed, I grabbed his hand. Vicki to my right was crying too. A totally overwhelming feeling surged my body which I’ve never felt before the next thing Vicki had my hand too. The whole line was joined by the holding of hands. Without acknowledgment for our actions we were united as one.

The conference was into full swing. A massive group of people from all across the world brought together through Parkinson’s. A very strange and sometime unnerving situation. We all had one thing in common a passion for Parkinson’s either through living with the condition or studying it.
This morning I had the pleasure of meeting Martin Taylor. A blogger and passionate parkie who knew his stuff in the field of research. We have talked virtually for some time. For me, this was the best part of World Parkinson’s Congress; getting to meet these wonderful people in person. We spent the morning chatting like old friends. We had lunch together sharing stories and even managed a quick game table tennis.

Poster presentation Day!!
The long awaited poster session had arrived. My poster was perfectly situated in the hall and I had a two hour slot to grab people as they passed and talk them through my poster. It was amazing! If you know me I have no problem with talking. I discussed my poster with Joy Milne the women who shot to fame with the concept she can smell Parkinson’s. I grabbed Clyde Campbell from the shake it up foundation in Australia and anyone else who passed. They loved it.

This evening was music and movement night! Every WPC they have a music night. With acts from the conference strutting their stuff.
A small group of us were singing Gold…. wearing gold and generally having a good time. We practiced our performance in the grand prince hotel. What a giggle this was. Laughing whilst we tried to choreograph a routine.

Getting ready was a blast with Vicki needing help getting into her gold dress and shoes. She needed help because her meds hadn’t kicked in and even though this is a difficult condition to manage and at these times is so frustrating. We laughed together like teenagers. Next thing I know I’m doing a put me up hair doo for Gaynor-hair grips flying everywhere.

We sang our hearts out, entertaining the audience along with many other bloody amazing people.

Following the music event we had the desire to find a karaoke bar. Our well established tour guide, Phil didn’t let us down and we found a very Japanese karaoke venue. 13 beers and 2 bottles sake were ordered. The laughter was on tap. The tunes blasted and the vocal cords were stimulated.

The last day of the conference. It’s been an incredible experience. A rollercoaster of emotions.
I can honestly say I’ve met some amazing people, friends for life. I’ve attended talks that have inspired and opened my mind and heart.
Thank you for the memories.

The day started early 07:30! The bus to the airport was an experience, the driver had trouble keeping his eyes open.

The thought of a 12 hour flight filled me with dread. My feet were swollen and my body ached. Someone must have been looking down on me because when I got my seat on the plane it was a seat with extra leg room. Just what I needed. I was sat next to Emma Lawton a pink haired loveliness. We talked for over 3 hours, sharing stories and laughing, even sharing a telepathic moment. People went their separate ways at Heathrow. We said our goodbyes, however I felt this was just the start of our friendship journey.
The end was in sight and home was on the horizon- Following a train, a tube, a train and a taxi. On reflection what a blast. What a privilege to attend as a Parkinson’s movement advocate with the team of people from the Cure Parkinson’s Trust, I’m proud to call my friends.